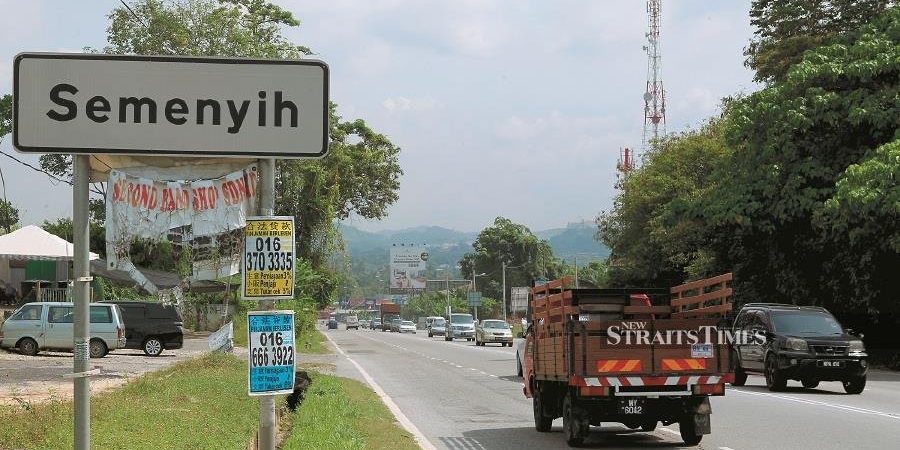 Located in the southern corridor of the Klang Valley, Semenyih is one of the fastest expanding locations in Greater Kuala Lumpur and the Klang Valley. It is under the administration of the Kajang Municipal Council, which is located within the Hulu Langat district.

The phenomenal expansion of Semenyih over the last ten years can be attributed to the town’s strategic location and easy access to major roads and interstates. The introduction of mass rapid transport (Sungai Buloh-Kajang and Sungai Buloh-Serdang-Putrajaya) further enhanced the town’s reputation as a very accessible place. In the town, you’ll find a Tesco hypermarket, a The Store supermarket, an Econsave supermarket, and a number of fast-food joints.

In Semenyih, a double-storey terraced house cost around RM200,000 more than a decade ago, according to a property valuer. It is expected that the identical property will be worth between RM700,000 and RM800,000 today.

“Unquestionably, the town of Semenyih has emerged as a significant growth region with a great deal of development opportunities.”

“Property developers were interested in the town as a result of the inexpensive land costs when compared to the pricing in Kuala Lumpur city centre.” ” As a result of their efforts, which have transformed the whole landscape of Semenyih, residences gained ten to twenty years ago are attracting high demand in both the sale and rental markets.”

The demand for real estate in Semenyih will continue to be strong as purchasers seek a home of their own or a property for investment purposes, according to Previndran Singhe, chief executive officer and founder of Zerin Property.

However, he anticipates that prices will remain flat for one to two years as a result of market mood. Thus, he believes that a well-planned township with a diverse range of property prices and an emphasis on security, accessibility, landscaping, and amenities such as schools, shops, and hypermarkets will continue to do well in the future.

The International Airport, Putrajaya, and the Sepang International Circuit are all within driving distance. It goes without saying that development will shift to the south. Bangi is arguably the furthest away from Kuala Lumpur that a person who drives there will stay. Even though Seremban is a little further away, they will most likely ride the KTM Komuter or a bus to get there. In addition to being close to Kuala Lumpur, Semenyih offers easy access to major roads, which makes it a viable alternative.

Everything About Oilfield Services That You Might Want To Know 
June 20, 2022
Here’s How To Easily Sell Residential Property in India
June 17, 2022